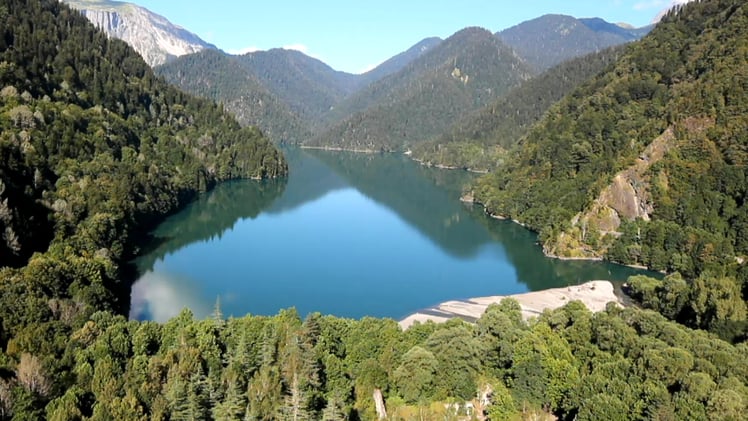 A new insight into ecosystem services was provided in the article titled:

On the biotic self-purification of aquatic ecosystems: elements of the theory. Article.

One of key benefits from normal function of healthy aquatic ecosystems is  the provisioning of clean  water, in other words, maintaining proper water quality (which is a result of water self-purification in ecosystem).  Until the time of publishing this article, no consistent and multi-faceted theory of water self-purification had existed. This article is the first publication to formulate such a theory that  elucidates and integrates multiple roles of aquatic organisms involved, including not only microorganisms but also macroorganisms, e.g., higher plants and invertebrates. Both plankton and benthic organisms are involved and their roles were discovered and analyzed in this article.
A more detailed description of the content of this paper:
This article presents a  new theory of biotic (biological) maintaining the natural purification potential of aquatic ecosystems. The fundamental elements are formulated for a qualitative theory of the multifunctional (polyfunctional) role of the biota (the biological community of aquatic organisms) in improving water quality and doing water self-purification in aquatic ecosystems. The  theory covers the following:
the sources of energy for the mechanisms of water self-purification;
the main functional blocks of the system of self-purification;
the system of the main processes that are involved;
the analysis of the degree of participation of the main large taxa; the reliability of the mechanisms of water self-purification; regulation of the processes;
the response of the mechanisms of water self-purification towards the external influences (man-made impacts, pollution);
and some conclusions relevant to the practice of environment protection.
In support of the theory, the results are given of the author’s experiments which demonstrated the ability of some pollutants (surfactants, detergents, and some others) to inhibit the water filtration activity of aquatic invertebrate filter-feeders, namely, the bivalve mollusks, including mussels (Mytilus galloprovincialis, Mytilus edulis), and oysters (Crassostrea gigas).
More information on this article:

This paper is on the short prestigious, honorable list ‘Top papers, books on aquatic ecology, ecotoxicology’ at the largest global catalog, WorldCatalog

This fundamental and innovative article was cited and commented favorably by scientists in many countries.

A Diploma (Academy of Water Sciences) – a certificate of high scientific quality – was awarded to the series of publications (on ecology, environmental science) including this article: http://5bio5.blogspot.com/2014/07/award-july-1-2014-to-series-of.html;

The paper was bookmarked by members of ResearchGate.

This article was cited by scientists in Europe, N. America (U.S.A.), and Asia. Diploma (Academy of Water Sciences) – a certificate of high scientific quality – was awarded to the series of publications (on ecology, environmental science) including this article: http://5bio5.blogspot.com/2014/07/award-july-1-2014-to-series-of.html;

The paper was bookmarked by members of ResearchGate.

This paper has a double impact as it is in the journal that is being published in 2 languages.

The Russian version of this paper was published:

It was mentioned at web-pages / links:

On the biotic self-purification of aquatic ecosystems …

Groups interested in: On the Biotic Self-purification of Aquatic Ecosystems: Elements of the Theory. 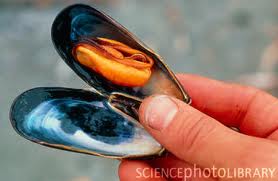 Ostroumov S.A. Imbalance of factors providing control of unicellular plankton populations exposed to anthropogenic impact. – Doklady Biological Sciences, 2001. Vol. 379, P. 341-343. 4 tables. Bibliogr.12 refs. (Translated from DAN 2001. Vol. 379. P.136-138). ISSN 0012-4966 (Print) 1608-3105 (Online). PMID: 12918370 [PubMed – indexed for MEDLINE]. The paper presents and analyzes new experimental data on the effects of chemical pollution of aquatic medium on the abundance of unicellular plankton organisms. The following 6 types of effects of filter-feeders and chemical pollutants [surfactants and detergents (mixtures)] on phytoplankton organisms were found (examples were given in this paper in Tab.2): (1) Inhibition of growth (and abundance); (2) Growth stimulation in the presence of surfactants and detergents; (3) Decrease in abundance as a result of elimination of plankton cells from water by the freshwater mollusks Unio tumidus and rotifers; (4) Abundance decrease as a result of water filtration by the marine mollusks Mytilus edulis, M. galloprovincialis, and Crassostrea gigas; (5) Decrease in the efficiency of cell elimination from water caused by the TX-100-induced (5 mg/l) inhibition of the filtration activity of the freshwater mollusks U. tumidus; (6) Decrease in the efficiency of cell elimination from water as a result of inhibition of the filtration activity of the marine mollusks Mytilus galloprovincialis and Crassostrea gigas induced by surfactants and Avon Herbal Care (hair shampoo). A new parameter and formula were suggested: the efficiency of cell elimination from water, ECE. The following maximum values of ECE were found (at the concentrations of the chemical, mg/l, in brackets): (1) Detergent OMO, Unio tumidus, 186.7 (50); (2) Detergent Losk-Universal, Mytilus galloprovincialis, 551.7 (7); (3) Detergent Tide-Lemon, Mytilus galloprovincialis, 206.9 (50); (4) Detergent IXI, M. galloprovincialis, 157.8 (10); (5) Detergent Deni-Automat, Crassostrea gigas, 10 800.0 (30); (6) Detergent Lanza, Crassostrea gigas, 261.7 (20); (7) Detergent Vesna-Delikat, Crassostrea gigas, 200.0 (1);

The tables in the paper:

Factors of regulation of unicellular plankton abundance (Tab.1); effects of surfactants and detergents on phytoplankton abundance (Tab.2); 7 detergents inhibit filtration of 3 species of marine and freshwater molluscs (Tab.3); Mytilus galloprovincialis eliminates from water the cells of Saccharomyces cerevisiae and algae Pavlova lutheri = M. lutheri as a result of filtration (comparing the 2 processes at the same time, Tab. 4).

CONCLUSIONS. The results obtained in this work demonstrated and proved that certain pollutants might cause a substantial imbalance of the factors controlling unicellular plankton populations. Direct and indirect (mediated by organisms-consumers) effects of certain surfactant-containing mixtures on unicellular plankton could sum with each other, giving rise to mutual amplification. This may cause a complete imbalance of the system. The conclusions made in this work may be applied to unicellular plankton of both marine and freshwater ecosystems, including ecosystems subjected to eutrophication. The results contribute to issues of environmental safety and resource use sustainability. DOI 10.1023/A:1011600213221; www.springerlink.com/index/QGJ756467J2R7470.pdf

Article ranks 2nd among many papers.

The Effect of Synthetic Surfactants on the Hydrobiological Mechanisms of Water Self-Purification ;

The context below was calculated when this article was last mentioned on 8th January 2015;

Method of comparison: Compared to all articles in journal Water Resources:

So far Altmetric has tracked a number of articles from this journal. This article scored higher as 75% of them.

The paper was cited and its conclusions were approved (selected examples):

New concepts and terminology were introduced in the paper: ecological tax; ecological repair of water quality;

a review of the ecological role of filter-feeders, suspension feeders in water (both  freshwater and marine) ecosystems, a first paper to formulate a short  list of the most vital roles and functions as ecosystem engineers;

unique summary of quantitative data on filtration activity of invertebrates;

a deeper understanding of ecosystem services as related to filter-feeders;

Reference to the paper:

Citation of this paper:

the web site with the full text of this paper, and Addendum with relevant recent publications, free:

Top-down control is an important type of interspecies interactions in food webs. It is especially important for aquatic ecosystems. Phytoplankton grazers contribute to the top-down control of phytoplankton populations. The paper is focused on the role of benthic filter-feeders in the control of plankton populations as a result of water filtering and the removal of cells of plankton from the water column. New data on the inhibitory effects of surfactants and detergents on benthic filter-feeders (freshwater mussels Unio tumidus, U. pictorum, marine mussels Mytilus galloprovincialis, M. edulis, and oysters Crassostrea gigas) are presented and discussed. Importance and efficiency of that approach to the problems of eutrophication and water self-purification is pointed out. Chemical pollution may pose a threat to the natural top-down control of phytoplankton and water self-purification process. The latter is considered an important prerequisite for sustainable use of aquatic resources.

This file, with small changes, is also here:

Responses of Unio tumidus to Mixed Chemical Preparations and the Hazard of Synecological Summation of Anthropogenic Effects.

Responses of #Unio tumidus to Mixed #Chemical Preparations and the #Hazard of Synecological Summation;

This  article reports new experimental data on ecotoxicology. This is an ecology article in a peer-reviewed scientific journal; new data on environmental hazards from water pollution with synthetic detergents;

Unio tumidus is the Latin name for the common freshwater bivalve mollusk (freshwater mussels). New toxic effects of low concentrations of detergents (which are mixtures of chemicals including surfactants) were discovered in this article. The article presents both new facts and new concepts that are relevant to improvement of water quality and pollution control.

This article is available in university libraries; also, see the link:

Phytotoxicity of a surfactant-containing product towards macrophytes.

Full texts online of many of these papers – see the links here:

Other publications of this author, a Fulbright Award recipient:

INCLUDING CITATION BY SCIENTISTS OF TOP UNIVERSITIES AND INSTITUTIONS:

USA: Citation in the U.S.A., publications on Environment, Ecology, Biology; with pictures of some of the U.S. authors who cited these publications:

WORLD: Citation of these publications in the world, various countries:

2005. On some issues of maintaining water quality and self-purification. Ostroumov S.A. 2005. Journal:  Water Resources, Maik Nauka/Interperiodica Publishing (Russian Federation), Volume  32, No.   3, P.  305-313; DOI;  EDITOR-IN-CHIEF: Victor I. Danilov-Daniliyan, Member of the Russian Academy of Sciences (RAS); Director, Institute of Water Problems of RAS; ex-Minister of Environment and Natural Resources of the Russian Federation (1991-1996), ex- Chairman of the Russian Federation State Committee for Environmental Protection (1996-2000), Chairman of the Governmental Flood Control Commission in 1992-1994; the Chairman of the Governmental Commission for Baikal Lake in 1993-2000; the Chairman of the Governmental Commission for the Caspian Sea in 1994-2000; Head, An international UNECSO Chair in Water Resources Management and Ecohydrology at the Water Problems Institute of the Russian Academy of Sciences;  Head, Department of Water Resources Management,  the State Management Faculty, Moscow State University; Place: Pleiades Publishing, U.S.A.

[teaching aid] Ecology and Hydrobiology. Curricula of  Lecture Courses. Moscow. MAX Press. 2005. VI + 36 p. The collection of curricula of  8 lecture courses including: (1) Ecology; (2) Mechanisms of Interorganismal Interactions in Ecosystems; (3) General Biochemical Ecology; (4) Introduction to Biochemical Ecology of Drinking Water and Human Nutrition; (5) Quantitative and Theoretical Hydrobiology; (6) Water Self-Purification and Water Quality; (7) Environmental Policy and Sustainable Development; (8) Environmental Problems and Sustainability: New Course Curriculum (in English). The course on ecology is a classical course, the other courses are completely innovative. Of interest to professors and students in various fields of ecology, life science, environmental science, limnology, medicine, sciences on the biosphere, protection, and sustainable use of biological, aquatic biological and water resources. (Diploma of the Academy of Aquatic Sciences, awarded in 2006).

[book] Hydrobiological Self-purification of Water: from Studies of Biological Mechanisms to Search of Ecotechnologies.  Мoscow:   Publishers «Oil and Gas» of the I.M.Gubkin Russian State University of Oil and Gas,    2007. –   53 p.

[Collective monograph] Issues of Ecology and Hydrobiology / Editors I.K.Toderas, S.A.Ostroumov, E.I.Zubcova. Moscow, MAX Press. 2008. – 80 p. ISBN 978-5-317-02224-2. [=Проблемы экологии и гидробиологии / ред. И.К. Тодераш,  С.А. Остроумов, Е.И. Зубкова. Москва, МАКС пресс. 2008. – 80  с.] The collective monograph contains publications of the international team of authors on issues of ecology, biogeochemistry, water quality, and environmental monitoring. The main part of the book is formed by the innovative materials on the role of aquatic organisms in water self-purification and biogenic migration of elements. The book was published under the aegis of Moscow State University and the Moscow Society of Researchers of Nature (MOIP), the oldest public society in Russia.